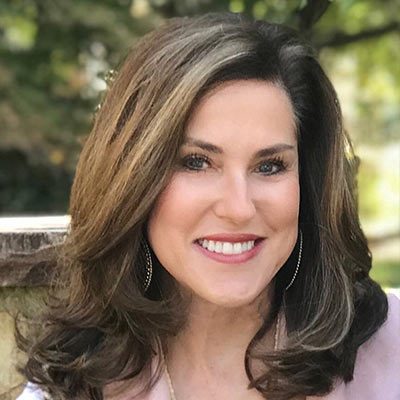 View all posts by Sharon Jaynes

Sharon Jaynes has been encouraging and equipping women through ministry for over twenty-five years. From the time she met Christ as a teenager, she fell in love with God’s Word and has had a passion to bring God’s truth to today’s woman. Through the years, she has taught various Bible Studies, served as a counselor at Charlotte Pregnancy Care, and mentored women from all walks of life. Her mission is to encourage, equip and empower women to walk in courage and confidence as they grasp their true identity as a child of God and a co-heir with Christ.

For ten years Sharon served as Vice President of Proverbs 31 Ministries and co-host for their daily radio feature. She is the author of 16 books with Harvest House Publishers, Waterbrook/Multnomah and Moody Publishers. Some of her titles include The Power of a Woman’s Words, Becoming the Woman of His Dreams, I’m Not Good Enough and Other Lies Women Tell Themselves, and 5 Dreams of Every Woman. She has also written numerous magazine articles and devotions for publications such as Focus on the Family, Extraordinary Women, Decision, Crosswalk.com and In Touch. Sharon is a frequent guest on radio and television programs such as Revive Our Hearts with Nancy Leigh DeMoss, Focus on the Family, Family Life Today with Dennis Rainey, and Living the Life with Terry Meeuwsen of the 700 Club.

Besides her own books, she has also been a contributing author in many books such as Chicken Soup for the Sports Fan’s Soul, Stories for the Teens Heart, Stories for the Man’s Heart, and the Women’s Devotional Bible. Her books have been translated into several different languages including Spanish, Portuguese, Polish, and Korean.

Sharon makes her home in North Carolina with her husband, Steve. They have one grown son, Steven

I gave her instructions for the job. “Remove the chairs from the room, vacuum thoroughly, and then I will show you how to mop the wood floor.” Once my daughter got through the first two of three steps, I joined the cleaning party to teach the age-old-mom-class, "Mopping 101." Class began with a few mopping fundamentals. “Shake the bottle of polish before you use it. Do one small section at a time. Mop along the grain of the wood. Put some muscle into it and always - always take a step back to see if you missed any spots.” I gave a quick demonstration, then Kennedy took the mop and got busy on her weekend wood-floor polishing project. As I walked away, it hit me. The lesson. In order to see where the polish had been applied on the floor - in order to see if there were any mistakes or overlooked places - a mopper needs to step back and look at things from a different angle. From a fresh perspective.To gain perspective in life, we often need to step back too: away from our emotions, our plans and our expectations - in order to consider the big picture. The God-picture.It’s so easy to get lost in the drama-filled challenges of life and become overwhelmed by our circumstances. Can I hear an Amen? I do this all the time! I get sucked into the drama of a moment and see only what my emotions allow me to see: a dim, slim and flesh-led view. Let's be honest, we all have some level of drama and expectations. And that’s not a bad thing. But when our emotions lead our responses, it can be difficult to see beyond our moments and mountains. When our hearts are consumed by the emotions of a moment, we can lose sight of what honors God and what really matters. So, what's a woman to do? Take a step back. Pray. Ask God for vision and perspective. Consider His Word. Remember His power, provision, and plan. Move beyond self-led reactions to Spirit-led responses. The late pastor and theologian A.W. Tozer wrote, "Sometimes when we get overwhelmed we forget how big God is."Our perspectives change in God’s presence. We gain clarity and peace when we adapt God's perspective instead of our own. His sight is pure, full of grace and eternal – while our sight is imperfect, narrow and worried about the now. The wise King Solomon encouraged us this way, "Commit to the Lord whatever you do, and he will establish your plans" (Proverbs 16:3 NIV).David often stepped back in awe of God’s love. “When I consider your heavens, the work of your fingers, the moon and the stars, which you have set in place, what is mankind that you are mindful of them, human beings that you care for them?” (Psalm 8:3-4 NIV)He reflected on his own ways versus God’s ways. “I meditate on your precept and consider your ways” (Psalm 119:15 NIV). “I have considered my ways and have turned my steps to your statutes” (Psalm 119:59 NIV).Jesus also encourages us to step back from worries and fears. ““Consider the ravens: They do not sow or reap, they have no storeroom or barn; yet God feeds them. And how much more valuable you are than birds! Who of you by worrying can add a single hour to your life? Since you cannot do this very little thing, why do you worry about the rest?” (Luke 12:24-26 NIV) As we consider the ways God provided in the past, it helps us to trust Him in the present.Kennedy rocked the mop that day in our kitchen because she heeded my directions and consistently drew back to gain perspective on her polishing. Step back today and position yourself in His grace. Consider the big picture. Lay your day, your plans, your thankfulness, your people, your problems, your wins and your losses before God. Trust His ability to work in and through it all. Relish the perspective and peace that rises and then be prepared for those around you to be drawn to the able, faithful God who is at work within you.buff.ly/2Eline4 ... See MoreSee Less

Dear Lord, Help me to step back from my emotions, expectations, and plans. I want Your perspective and to respond in ways that please You. Cover me again with grace, order my steps, and equip me fresh with Your Spirit. In Jesus’ Name, Amen.buff.ly/2Eline4 ... See MoreSee Less

My toes curled over the edge of the diving board, its rough plastic chilling my feet. The water below seemed a thousand miles away. Excited friends urged me to take the leap. With a deep breath, I poised to jump. Then, fear gripped my heart and sent me scurrying down the ladder to safety.Fear continued to get the last word as I grew. At a summer party, I skipped the fun to hide where nobody could view my pre-teen body in a swimsuit. A piano recital was ruined by stage fright that paralyzed my fingers. As a young woman, I refused an interview for a perfect job, simply because fear said, “You don’t have what it takes.” Fear controlled my plans, relationships, and my trust in God’s love.I’m guessing you, too, know the power of fear to stop you in your tracks. You hear God’s invitation to serve Him with your gifts. To be vulnerable with your emotions. To set boundaries with destructive people. You want to take hold of His “good, pleasing, and perfect will” (Romans 12:2) but the risk seems greater than the reward.In the Bible, we meet the oh-so-relatable Joshua who fought his own battle with fear. As Moses’s successor to lead Israel into the promised land, he had some huge shoes to fill. After all, Moses had four decades of experience. He was the singular prophet “whom the Lord knew face to face, who did all those signs and wonders the Lord sent him to do in Egypt…” (Deuteronomy 34:10-11). How could Joshua possibly accomplish what the world’s greatest prophet was unable to do?Joshua was also tasked with leading stubborn people who were more likely to fail than follow. He heard their whining for meat when heavenly manna no longer satisfied (Numbers 11:4-6). Rather than worshiping their awesome Deliverer, they bowed down to useless idols (Exodus 32:8). He witnessed their angry refusal to follow Moses, believing human enemies held more power than God (Numbers 14:3-4). At the land’s borders, would the people go with Joshua or turn tail and run?Joshua also knew that to move forward, they must battle “greater and stronger” enemies “with large cities that have walls up to the sky” (Deuteronomy 9:1). Without God’s help, their story would end in death and defeat.What about you? Maybe it feels impossible to measure up to others’ expectations. Efforts to influence your kids, succeed at work, or build your ministry are going nowhere fast. You feel you’re losing the battle for your health, marriage, or finances. Fear is crushing your faith, leaving you lost and discouraged.God knew what Joshua needed when fear was shouting in his ear. Over and over, God repeated His command: “Be strong and courageous. Do not be afraid; do not be discouraged, for the Lord your God will be with you wherever you go” (Joshua 1:9). You and I need the same—God’s clear, persistent call to courageously trust in Him.That kind of faith is much more than wrestling down anxious emotions. It’s choosing to believe God’s presence never leaves our side. He never abandons his daughters in our time of need. Each prayer is heard. No matter the terrors we face, God never lets us go. God also provides His Word as a hammer to smash the fear and doubts that control our lives. Like he promised Joshua, “Keep this Book of the Law always on your lips; meditate on it day and night, so that you may be careful to do everything written in it. Then you will be prosperous and successful” (Joshua 1:8). If we saturate our lives with the Bible and do what it says, fear gives way to confidence and peace. Joshua did lead the nation into the promised land. God is patiently untangling the fear wrapped around my own heart and mind. Today, He’ll give all you need to choose faith over fear. We don’t know the future. But we do know God’s love is constant and sure. The Bible’s promises won’t let us down. buff.ly/2Eline4 ... See MoreSee Less

I gave her instructions for the job. “Remove the

My toes curled over the edge of the diving board,

Take a Step Back