by Kelly Balarie | | no comments

Offer hospitality to one another without grumbling.

I noticed a scratch on the kitchen floor.

“Where did that come from?” I asked, as I pointed it out to my husband.

The next day, I looked down on the ground and there were probably about 5 more. What in the world?! I had just put felt bottoms on those chairs, for this exact reason. It makes no sense at all that the chairs would be ruining the floors like this. But they were!

I got down on my hands and knees and flipped the chair over, only to find a rock about the size of two specks of pepper.

This little rock could do that much damage? I said to myself while holding it in my hand.

What Are You Gonna Wear?

Strength and honor are her clothing, and she can laugh at the time to come.

For years I loved watching a makeover show called What Not To Wear. On each episode, two professional fashion experts worked with a fashion-mistake-maker, threw away or donated all that was wrong with their pathetic, what-were-you-thinking wardrobes, and taught them how to select garments and a hairstyle appropriate for their shape, coloring, lifestyle, personality and workplace.

It was fascinating to watch the makeover-target light up when they finally stepped into the look and style that best showcased the person they really were on the inside and wanted to be on the outside.

Tears were usually shed, often on my sappy, I’m-so-happy-for-her couch, and confidence always rose in the heart of the one who’d finally learned the right clothes to wear.

The Scab You Won’t Stop Picking

“One who was there had been an invalid for thirty-eight years. When Jesus saw him lying there and learned that he had been in this condition for a long time, he asked him, “Do you want to get well?”

Five-year-old Brooke was sitting in the backseat of a minivan while her mom and I ran errands. “Mommy,” she asked, “Is it worse to pick a scab or pick a mosquito bite?”

“You shouldn’t be picking at either one.” her mom replied.

I glanced back at Brooke as she tried to wipe away the bloody evidence that she’d done both.

Barbara (not her real

The Power of Rest

The LORD is my shepherd, I lack nothing. He makes me lie down in green pastures, He leads me beside quiet waters, He refreshes my soul.

For most of my adult life I have wrongly equated being busy with being productive. I am guilty as charged when it comes to living each day in overdrive. The result has been exhaustion, burnout, and watered down living. God and I both knew that the façade I had so carefully erected was a spiritual monument to self-promotion and pride-filled goals.

I have always loved music and began taking piano lessons at the age of five. I will never forget that first piano lesson with Mrs. McKenzie, a very sweet, elderly woman who played the piano beautifully.

“Let’s get started,” Mrs. McKenzie said. I climbed up on the piano bench, waiting for her brilliant instruction to begin. She placed a

The Connection Between Confession and Courage

My soul finds rest in God alone. My salvation comes from Him. He alone is my rock and my salvation. He is my fortress and I will never be shaken.

In Psalm 62 the phrase “I will never be shaken” appears twice and pops up like 3D on a flat surface. Who says this type of thing? What’s behind such a statement of confidence?

David wrote Psalm 62 when he was on the run. Literally.

His own son, Absalom, was trying to kill him in order to take his throne. Nice. Talk about a prodigal child! Ugh.

Absalom’s rebellion was reckless and ruthless. Yet, in the thick of this difficult, dangerous situation, David didn’t complicate matters by freaking out – like I often do. Instead, he called out to God simply, with what appears to be a calm courage.

“My soul finds rest in God alone. My salvation comes from Him.

by Lisa Morrone | | no comments

“Therefore, put on the full armor of God, so that when the day of evil comes, you may be able to stand your ground, and after you have done everything, to stand.”

On Long Island, where I lived for most my life, I enjoyed my garden’s flowers from early February, when the snow drops raised their sleepy heads up out of the soil, through the early part of November when the last of my ivy geranium blooms would cling with tenacity to their lanky stems.

My love affair with plant material began when I was in my early 20’s. I would follow my green thumbed mother-in-law around her gardens asking questions, questions, and more questions. One of the most important tips I learned from her “schooling” had to do with the staking of plants. She taught me to be proactive with plants which had a tendency to bend to the ground

Early on the first day of the week, while it was still dark, Mary Magdalene went to the tomb and saw that the stone had been removed from the entrance.

Sometimes you expect you’re getting a Rachel and you wake up with a Leah. Okay, I know that example might connect better with a guy, but you get the point.

Let me try that again. What do you do after you’ve crossed the Red Sea of obstacles, only to be dying of thirst at Marah three days later? How do you keep your dancing from turning into disappointment? One thing is for sure; you don’t drive down your tent pegs by the disappointing waters of Marah and camp out there. You move on.

I think of the women on Jesus’s ministry team. They had committed their lives to the Messiah and believed that He would restore Israel. Mary Magdalene and

Strength For The Weary

Even youths grow tired and weary, and young men stumble and fall; but those who hope in the LORD will renew their strength.

There’s a scene in the whimsical and quirky film The Princess Bride in which some bad guys were chasing the movie’s two main characters, Princess Buttercup and Wesley. In order to escape, Buttercup and Wesley ran into the treacherous Fire Swamp. (Insert scary music and creepy feelings here.)

The Fire Swamp has three challenges: fire spurts, quicksand, and the ROUS – rodents of unusual size. (Stay with me…)

At one point in the Fire Swamp adventure, Princess Buttercup fell into a pit of dry quicksand, instantly vanishing. Her brave hero, Wesley, quickly grabbed a sturdy vine then plunged in to save his true love. Moments later both characters emerged from the quicksand gasping for breath, stunned by the events that

Friend to Friend
I love a great movie! To me, a movie is great when good wins over evil, the right guy gets the right girl, nobody gets hurt and everyone lives happily ever after. A bit naive, I know. But I have decided that there is enough harsh reality ripping through daily life without paying to see more on a movie screen.

With these criteria in mind, I went to see the movie “Sea Biscuit.” There I was; popcorn in hand, minding my own business and enjoying my brief respite, when his words slammed into my soul, yanking me back to the tenacious essence and interminable power of truth.

“You don’t throw a whole life away just because it’s banged up a little.”

“But God demonstrates his own love for us in this: While we were still sinners, Christ died for us.”

Growing up in a small East Texas town, I attended kindergarten through tenth grade in the same school district. When my dad announced we were moving to a suburb of Dallas, it rocked my world. While I threw a fit about all the changes at the time, I can look back now and see how God grew me in huge ways during that season. Our family connected with a dynamic church that took discipleship seriously.

The gal who became my closest friend was a cheerleader who wanted me on the squad. Since I didn’t have any cheer experience, she talked me into trying out for the mascot; and since I was the only one trying out, I got

Father, changing my words feels hard. Will You help me? Will You lead me in identifying what needs to be said and what doesn’t? Thank You so very much. In Jesus’ Name, Amen.

What Are You Gonna Wear? By: Gwen Smith
For years I loved watching a makeover show called What Not To Wear. On each episode, two professional fashion experts worked with a…
buff.ly/2Eline4 ...

Master Maker, Thank You for showing sides of Your

God, I’ll admit that I sometime pick at emotiona

Father, forgive me for the arrogance that keeps me

Lord, You’re so good. Help me to remember Your f

Lord, You are the Master Gardener. From the time Y

Heavenly Father, sometimes I get so discouraged th

Lord, I need You. Please help me sift through the

Dear Lord, You are truly the God of hope. Through 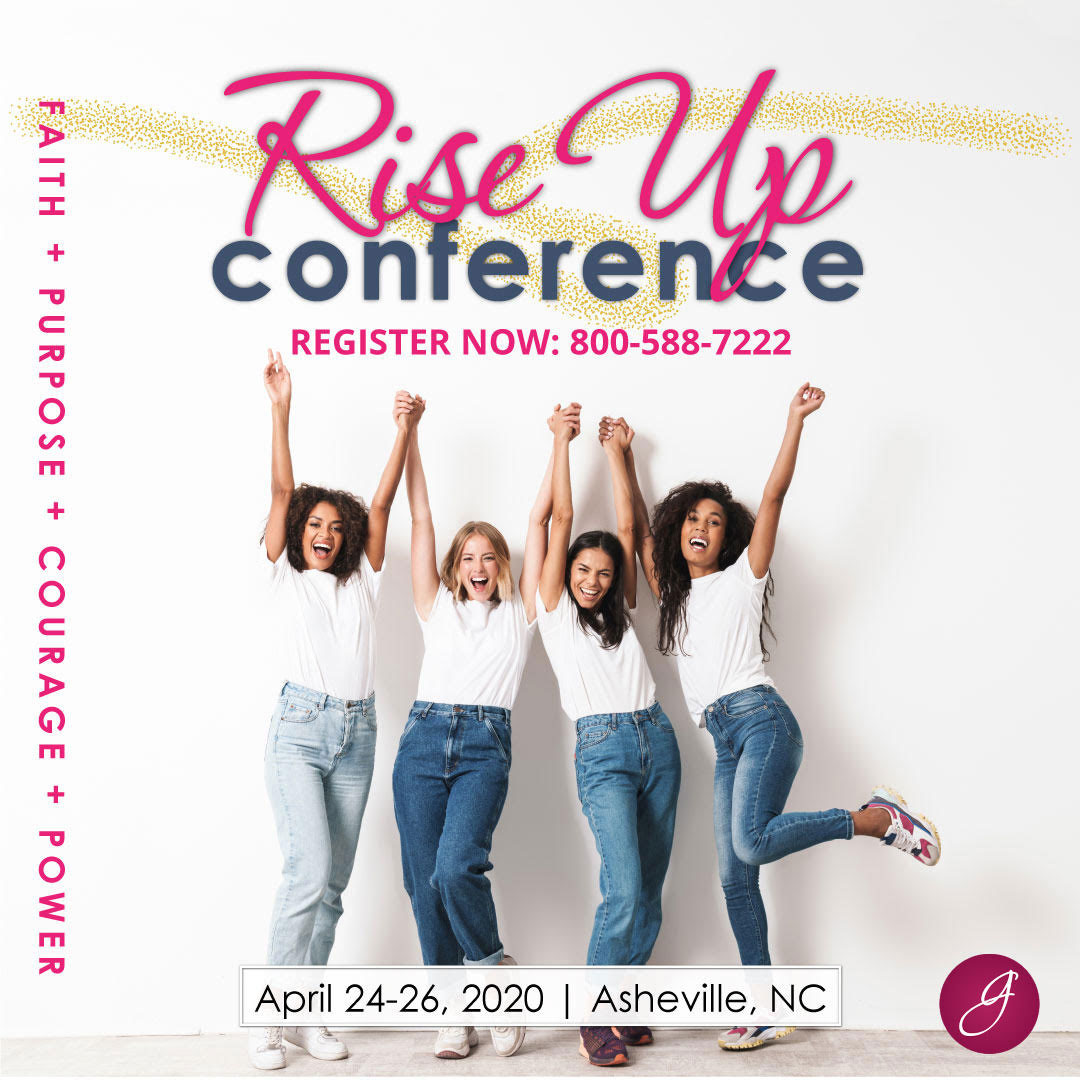 What Are You Gonna Wear?

The Scab You Won’t Stop Picking

The Power of Rest

The Connection Between Confession and Courage