You’ve Got a Friend in Me

Aaron and Hur held his hands up - one on one side, one on the other - so that his hands remained steady until sunset (Exodus 17:12b NIV).

I’ve heard it said that in the cookie of life, friends are the chocolate chips. This rings true in my life. I’m thankful to have girlfriends 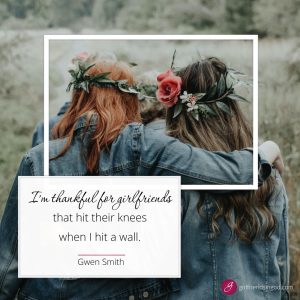 that hit their knees when I hit a wall. I do the same for them. We have each other’s backs in thick and thin.

Moses had some friends that had his back in hard times too. After the Lord delivered the Israelites from slavery in Egypt, they spent 40 years in the desert. During that time God provided for them miraculously and practically. One practical way God moved was through His people. Much like today.

Moses was God’s chosen leader, but many others were used as well. We see this demonstrated in Exodus 17 when a savage, nomadic tribe called the Amalekites attacked the Israelites. The Amalekites lived in  the desert region near the Dead Sea and were quick to destroy anyone who got in their space. I imagine that when they went into battle with the Israelites, they had no idea that if they messed with Moses and his traveling companions, they were messing with the all-powerful, unstoppable army of the Lord!

Here’s the way it went down…

“The Amalekites came and attacked the Israelites at Rephidim. Moses said to Joshua, ‘Choose some of our men and go out to fight the Amalekites. Tomorrow I will stand on top of the hill with the staff of God in my hands.’

”So Joshua fought the Amalekites as Moses had ordered, and Moses, Aaron and Hur went to the top of the hill. As long as Moses held up his hands, the Israelites were winning, but whenever he lowered his hands, the Amalekites were winning. When Moses’ hands grew tired, they took a stone and put it under him and he sat on it. Aaron and Hur held his hands up—one on one side, one on the other—so that his hands remained steady till sunset. So Joshua overcame the Amalekite army with the sword” (Exodus 17:8-13 NIV).

This enemy was defeated because a group of like-minded believers stuck together and took action. A community of friends and family rallied… grabbing a stone for their friend and hunkering down beside him during the battle. Held his hands up for hours. And didn’t leave his side until the conflict was over.

Most of these Israelites weren’t warriors – they were just like you and me – people of trade, fresh from captivity, and hopeful for a bright future. Normals, not heroes.

Like the Israelites, you and I have full access to God and can ask Him for help in times of trouble.

We can also partner with believers to win battles and achieve great things.

When the enemy attacks hard, I need reliable friends like Moses had who have my back and are willing to do battle on my behalf. Likewise, when my friends or church leaders are in the thick of it, they need me to join them in the battles. They get attacked on all fronts: emotionally, relationally, socially, and financially.

Lies assault us, toxic conversations break us down, temptations vie for our honor… the list is endless. Every conflict we face has a spiritual component. And when these attacks come our way it’s essential that we surround ourselves, and our friends, with prayer.

Taking a cue from Moses, I see an opportunity. Why don’t you and I choose a few friends to do prayer-battle with today?

Let’s move forward with our eyes wide open to the invisible attacks coming our way and partner up with one or a few who will join us in pulling up a stone, holding each other’s hands up, and bending knees low.

Dear Lord, You are my Refuge, my Help and my Hope. I’m grateful that when my days are filled with battles You are right beside me – and that You’ve given me friends to join me on the front lines. Please open my eyes to see the needs around me and to step up as a friend.
In Jesus’ Name, Amen.

What friend of yours is in a battle right now and needs your prayer and support?

READ Galatians 6:2, “Carry each other’s burdens, and in this way you will fulfill the law of Christ.” What is one practical thing you can do to make this happen today? 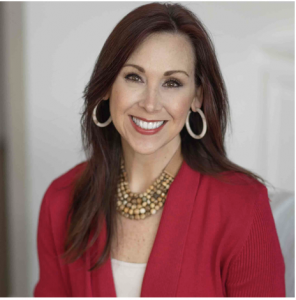 Got some back-burner heart dreams that you’re ready to prioritize and make happen? Do you desire to be mentored and challenged as you progress toward your goals? Gain focus, bolster your courage and sharpen your competencies through 1-on-1 coaching. Spots are limited. Learn more at GwenSmith.net/Coaching.

2 Responses to “You’ve Got a Friend in Me”