He (God) is so rich in kindness that He purchased our freedom through the blood of His Son, and our sins are forgiven.

It had been a rough afternoon for Hudson, our four-year-old grandson. Dan and I were keeping him and his 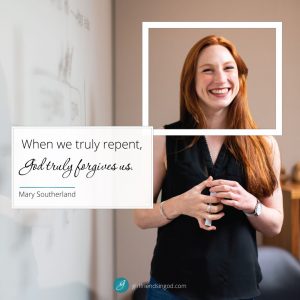 brother Justus for a few days while our daughter and son-in-law were out of town. I know. It’s a rough job, but somebody has to do it.

I had spent a week getting ready for their visit. The checklist was complete!

The refrigerator, pantry, and snack drawer were filled with their favorite foods.

The toys were assembled and ready for action.

The bed in our guestroom was piled high with extra pillows, blankets, and stuffed animals waiting to be hugged.

Favorite books were stacked beside their bed for naps and bedtime imaginations.

Now all we needed were the boys! When we went to pick them up, they squealed and jumped into our arms. At this point, I’m not sure who was more excited. But it didn’t matter. The adventure had begun!

We had a total blast!

We went to their favorite places … Chuck E. Cheese, Wal-Mart, Build-A-Bear, Lego Land, McDonald’s … to name a few. We raced Hot Wheels and built cars, trucks, airplanes, and castles with Legos. The boys battled alien creatures from the safety of Papa’s fort made with blankets, tables, chairs, and a few secret items that I was told girls simply would not understand. Bath times were one big splash fest. At bedtime, we snuggled under blankets and read stories accompanied by some pretty amazing shadow puppet shows.

I lay between Justus and Hudson each night and watched them fall asleep as I sang the songs I once sang to their mother. Beautiful boys!

Our grandchildren are my greatest legacy and some of the most skilled teachers in my life. Hudson stepped up to the lectern on the boys’ last day with us.

We spent the morning at the park and had a picnic lunch before a rainstorm chased us home. After naps we had an epic laser light battle in the basement playroom where Justus says it gets “seriously dark” when it rains. Justus was declared the winner, and we raced upstairs to get ready for dinner.

We were headed to one of their favorite places to eat – Fritz’s – where a miniature train runs around the ceiling of the restaurant and stops at each booth, lowering a tray holding the food you ordered. I know. It’s amazing. The boys love it.

And then it happened!

Seriously, Justus and Hudson had been nothing short of wonderful for three days. They listened and did everything we asked them to do. They went to bed like angels without a fuss. They were happy and sweet.

But that invisible switch was flipped, and the battle was on!

Neither boy listened. When we asked them to do something, they looked at us as if we were speaking a foreign language. Hudson blatantly refused to do anything we asked him to do. The final straw was when he punched Justus for no reason and earned a timeout.

Hudson hates timeouts with a passion, but he took it like a champ, apologizing to Justus and to us. I went to grab my purse while Dan helped Hudson get his shoes on so we could go eat. When I walked back in the room, Hudson’s eyes met mine, and his precious little face crumbled as he burst into tears.

Dan and I were stunned!

I grabbed Hudson in a fierce hug and held him until he stopped crying. I wiped away the tears and kissed his scrumptious cheeks. “What’s wrong, buddy?” I asked. With tear-filled eyes and a trembling lip, he said, “Mimi, I twy so hard to make good choices, but sometimes I just can’t!” My heart broke, and I began to cry with Hudson. I knew exactly how he felt.

I told him how much Papa and I love him.

I told him we would always love him, no matter what he does or doesn’t do.

I told him how special he is to us … and to God.

And I caught a glimpse of the Father’s heart when we come to Him in genuine repentance. Not sorry we got caught in our sin, but truly sorry that we have sinned.

When we truly repent, God will truly forgive us.

Father, I come to You with a broken heart. I am a sinner, and I am so sorry for the disobedience in my life. Reveal every wrong attitude and action in my life that is displeasing to You. Right now, I repent. Father, thank You for the precious gift of forgiveness that is mine because of what Jesus did on the cross.

Are you ready to turn away from your sin and turn to God? If so, record the following commitment in your journal. Pray through each statement. Sign and date your entry. 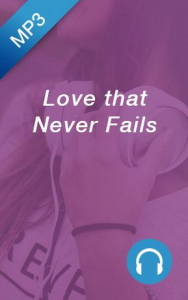 One of the most powerful illustrations of God’s love and forgiveness is found in the lives of Hosea and Gomer. Hear their life-changing story in Mary’s MP3 download, Love That Never Fails.