Time for a U-turn

by Mary Southerland | | no comments

Repent, then, and turn to God, so that your sins may be wiped out, that times of refreshing may come from the Lord (Acts 3:19 NIV).

Music has always been an important part of my life. I attended college on a music scholarship. The piano 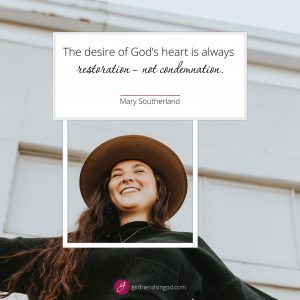 was my main instrument, but I also wanted to be a guitarist.

The musical challenge of playing the guitar was not my problem. It was my fingers.

A friend gave me guitar lessons, but after a few hours of practice, my fingertips were sore and raw to the point of bleeding. When I asked him what I was doing wrong, he just laughed and held out his hands, showing me the rough calluses on his own fingers. “When I began playing the guitar, my fingers were just as sore and raw as yours are now. Just keep playing, and your fingers will eventually develop calluses and it won’t hurt to play,” he explained.

Sin works the same way. The first time we commit a sin it really hurts. We feel guilty. We mourn the fact that we have hurt God. But if we keep committing that same sin, our hearts harden, and spiritual calluses are formed. The only solution is repentance.

“Repent, then, and turn to God, so that your sins may be wiped out, that times of refreshing may come from the Lord” (Acts 3:19 NIV).

Repentance is serious business to God and needs to be a serious part of our faith journey. To repent literally means to turn away from sin and go … no, make that run … in the opposite direction.

One of the greatest examples of true repentance is found in the life of Jonah. God told Jonah to go to the city of Nineveh. Jonah didn’t want to go. I don’t blame him. I wouldn’t have wanted to go either.

Nineveh was a brutal place, a major city in the wicked and ruthless Assyrian empire. Temple prostitution and the sacrifice of children were common practices in Nineveh.

Nineveh removed the noses and ears of their prisoners to mark them for life. You can understand Jonah’s hesitation. But he finally gave in and obeyed God. Here’s the story.

“Jonah began by going a day’s journey into the city, proclaiming, ‘Forty more days and Nineveh will be overthrown.’ The Ninevites believed God. A fast was proclaimed, and all of them, from the greatest to the least, put on sackcloth. When Jonah’s warning reached the king of Nineveh, he rose from his throne, took off his royal robes, covered himself with sackcloth and sat down in the dust. This is the proclamation he issued in Nineveh: By the decree of the king and his nobles: Do not let people or animals, herds or flocks, taste anything; do not let them eat or drink. But let people and animals be covered with sackcloth. Let everyone call urgently on God. Let them give up their evil ways and their violence” (Jonah 3:4-8 NIV).

Amazing! These vicious and seemingly heartless people simply heard God’s call and believed Him. That belief produced immediate change because it was a belief rooted in repentance.

The Ninevites fasted from food and water. I don’t know if you have ever fasted. I have. Fasting is hard. It can even hurt. Fasting changes how we live. That is true repentance, when we turn from the things that give us human comfort and turn to God.

The Ninevites sat in ashes. They ditched their comfy clothes and covered themselves in rough scratchy cloth. They cried loudly to God, turned from evil living, and stopped doing harm.

In other words, they did a 180. That sharp U-turn totally changed the direction of their lives. They repented.

Father, forgive me for the sin in my life. Right now, I choose to turn away from the sin that stands between You and me. I turn to You, Lord. I know that I am lost and totally helpless without You. Thank You for the unconditional love and unending forgiveness I find in You.
In Jesus’ Name, Amen.

What do these promises found in 1 Corinthians 10:13 mean to you? How do they apply to your life? 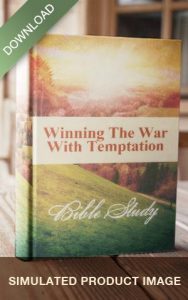 Need help learning how to overcome temptation? Check out Mary’s Bible Study, Winning the War With Temptation that examines the life of Eve to discover five steps she could have and should have taken to win the war with temptation.

New! Mary’s heart is to train and coach women in ministry. Be sure to check 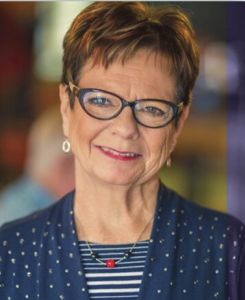 out her new Zoom coaching ministry, Friends for the Journey.

© 2022 by Mary Southerland. All rights reserved.