The prayer of a righteous person is powerful and effective.

Corrie ten Boom was a Dutch watchmaker who worked with her father Casper ten Boom, her sister Betsie ten Boom, and other family members to help many Jews escape the Nazi Holocaust during World War II by hiding them in her 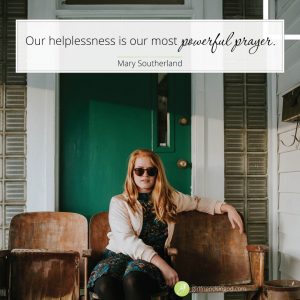 home. Corrie and her family were caught, arrested, and sent to the Ravensbrück concentration camp.

While imprisoned at the concentration camp, Corrie tells a story of the time she had a terrible cold. She told her sister Betsie how much she just wished she had a handkerchief. Of course, handkerchiefs were impossible to find in that place. Betsie then suggested that Corrie pray for one, and Corrie just laughed at that ridiculous idea. Why would God be concerned about something so trivial as a handkerchief?

But Betsie prayed. “Lord, you see my sister Corrie has a very bad cold, and in Jesus’ name, I ask you today for a handkerchief for her. Amen.”

Shortly after that, Corrie heard someone call out her name. She looked out the window of the barracks where she saw a friend of hers, also a prisoner, who worked in the hospital at Ravensbrück.

“Here,” her friend said. “Take this! I’m bringing you a little present.” She pressed it into Corrie’s hand.

“I opened the little package,” said Corrie, “and it was a handkerchief!”

“How did you know I needed a handkerchief? Did you know that I have a cold?” Corrie asked.

“No,” said her friend. “I was sewing handkerchiefs from an old piece of sheet, and there was a voice in my heart that said, ‘Bring a handkerchief to Corrie ten Boom!’”

“That little hanky, made from an old piece of a sheet, was a message out of the Heavens to me!” Corrie said. “It told me that there is a Heavenly Father who hears one of his children pray for an impossible, small thing; a handkerchief. And the Heavenly Father says to one of His other children, ‘Bring a handkerchief to Corrie ten Boom!’”

We tend to doubt God when we think He has not answered some our prayers. Why doesn’t He answer all of them? Because He knows what we do not know. God knows everything. I suspect that when we get to Heaven, we will not only thank Him for all of the answered prayers, but we will also thank Him for what we call the unanswered ones. When we see life from God’s point of view, we will understand that He never makes any mistakes. What we deem as “no answer” is really a resounding answer in our lives.

So, pray in faith – believing God is who He says He is and that He will do what He promised to do. We try to make prayer complicated, but it really isn’t. Prayer is simply a conversation with God. Our helplessness is our most powerful prayer. God does not listen for the eloquence of our words. He listens for the voice of our need.

Prayer isn’t a religious exercise. It isn’t a holy vending machine and does not require us to jump through a certain number of hoops in order for God to hear and respond.

Prayer is the declaration of our total and utter dependence on God. When we pray, we are telling God that we are desperate for Him. We are saying “yes” to whatever the minute, day or future holds … even before we know what that may be.

We don’t have to drop to our knees or close our eyes to pray. Prayer is the continual conversation between our heart and the heart of God … in every part of our day.

Prayer should be our first response … not our last resort, and it should be as natural as breathing.

Father, I am sorry for the times I doubt You. Teach me how to pray with the childlike faith that pleases You. Help me learn to trust – I mean really trust You with every detail of my life. I want to be a prayer warrior for You! 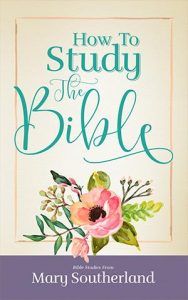 Prayer and the Bible go hand in hand. Check out this powerful resource bundle, “How to Study the Bible” and “Prayer Time” for practical ways to plug God’s truth and the principles of powerful prayer into your life. Ladies, it’s a game changer!

And be sure to connect with Mary on Facebook or through email.

3 Responses to “The Prayer of a Righteous Woman”

Leaving the Land of Disappointment by: Sharon Jaynes
Sometimes you expect you’re getting a Rachel and you wake up with a Leah. Okay, I know that example might connect better with…
buff.ly/2Eline4 ...

Heavenly Father, sometimes I get so discouraged that I just stop. I drive my tent pegs down in the soil of discouragement and camp out. I know I need to leave the past behind and press on toward what is ahead. That is exactly what I’m going to do today. Give me the courage and the power of the Holy Spirit to take the next step out of the wilderness and head toward my Promised Land. In Jesus’ Name, Amen.

Heavenly Father, sometimes I get so discouraged th

Lord, I need You. Please help me sift through the

Dear Lord, You are truly the God of hope. Through

Strength For The Weary