Meanwhile, the older son was in the field. When he came near the house, he heard music and dancing. So, he called one of the servants and asked him what was going on.

My youngest daughter Lucy eats slowly. One night at dinner as I finished up my salad, I looked over at 8-year-old Lucy and was shocked to see her plate was clean! She had beaten me at dinnertime. 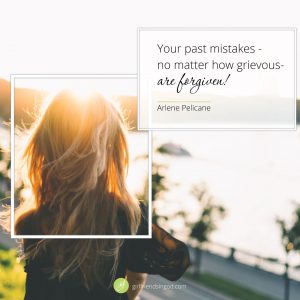 This was a big accomplishment because on most nights, she’s still eating her last bites while the rest of the family is doing dishes.

I exclaimed, “Lucy, you have beaten me at dinner tonight. I am going to give you one dollar!”

Her older sister Noelle exclaimed, “What??? I beat you too, but you aren’t giving me a dollar. I finish eating my dinner before Lucy every night and you’ve never once given me a dollar.”

Immediately, I recognized this dialogue as a modern-day twist on the parable of the prodigal son. In Luke 15:11-32, Jesus tells the story of a man who had two sons. The younger son asked for his portion of his inheritance, a scandalous and cold request that was akin to saying, “I wish you were dead, so I could have your inheritance to spend!” The father granted his request and the prodigal son journeyed to a far country. He wasted all his money on lavish living. Starving and brought to the end of himself, he reasoned that even his father’s lowest servant lived better.

He decided to journey home. His father was not only waiting for him, he restored him as a son. He threw a lavish celebration for the wayward, rebellious, foolish son who had come home.

Enter the older sibling. When he found out that the party was for his younger brother, he was furious. He not only refused to attend the banquet when his father pleaded with him, he refused to call his brother by name. He called him “this son of yours.” He complained that he had been obeying him for years, but he never received a feast to eat with his friends to make merry.

“My son,” the father said, “you are always with me, and everything I have is yours. But we had to celebrate and be glad, because this brother of yours was dead and is alive again; he was lost and is found” (Luke 15:31-32, NIV).

The son was upset that his father had forgiven his wayward brother who had been living wild and wasting money, while he was left at home to pick up the slack and work.

If I was the older brother, I think I would struggle too. It’s lavish and reckless grace which says, “Your past mistakes – no matter how grievous – are forgiven! All is well.” Wow, that’s how our Heavenly Father treats us. This parable sheds light on what Father God is like.

Yet, when we see grace extended to a man or woman who has done something very hurtful and wrong, we may act like that older brother. We may be slow to rejoice and cautious to accept. Jesus directed this parable to the Pharisees and scribes because they were complaining that Jesus received sinners and ate with them. Like the older brother in the parable, they were focused on keeping the letter of the law, but they didn’t understand the spirit of the law. They were into rules, but not relationship.

Going back to my dinner table, when I realized that my older daughter was disgruntled because I was throwing a dollar party for her younger sister who had finally finished her dinner on time, I decided to make a joke.

“My child,” I said grandly to my daughter Noelle. “You have always eaten quickly, and I will always be with you, providing you food for dinner. Your sister who has always been slow, was finally fast. She was lost, and now she’s found. I will kill the fatted calf and serve her a hamburger to celebrate!”

We all had a good laugh about it. My husband James and I high fived each other across the table.

That night we got a glimpse of what it was like to be that older brother, wondering why in the world his lazy, wayward brother was deserving of a celebration. But if God is going to be lavish in His love for people, we can be too.

Thank You for being my loving, generous, forgiving, lavish Heavenly Father! I rejoice because Your arms are always open towards me. Help me to rejoice when others get right with You, instead of being judgmental or upset like the older brother in the parable.

Have you struggled with self-righteousness or feeling sorry for yourself?

Take a moment to rest in the fact that God fully accepts and loves you and others. He is abounding in mercy. He runs towards you. Nothing can separate you from His love.

Sibling rivalry isn’t just found in the pages of Scriptures. Many times, you witness it firsthand in your home! If you could use some encouragement in the parenting arena, check out Arlene’s book and video series, Parents Rising: 8 Strategies for Raising Kids Who Love God, Respect Authority, and Value What’s Right.

8 Responses to “The Other Prodigal”