“But while he was still a long way off, his father saw him and was filled with compassion for him; he ran to his son, threw his arms around him and kissed him” (Luke 15:20 NIV).

Perhaps one of the most memorable and heart-touching stories of grace and forgiveness is recorded in Luke 15. 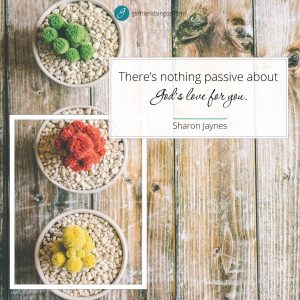 It’s what we’ve come to know as the Story of the Prodigal Son. This young man demanded his inheritance while his father was still alive, spent it all on riotous living, and found himself dirty, destitute, and despairing. As despicable as pigs were to Jews, this young man took a job taking care of pigs and eating their food just to stay alive. But then he had an epiphany.

“When he came to his senses, he said, ‘How many of my father’s hired men have food to spare, and here I am starving to death. I will set out and go back to my father and say to him: Father, I have sinned against heaven and against you. I am no longer worthy to be called your son; make me like one of your hired men.’ So he got up and went to his father” (Luke 15:17-20).

And where was his father? He was panning the horizon, hoping for a sign that his boy might return home. Don’t let the depth of that sentence pass you by. The father was PANNING the horizon. Looking. Waiting. Praying.

It is easy to think that God is dispassionately sitting on his throne just waiting for us to come groveling back to him. That’s not the picture Jesus paints at all. The father was panning the horizon. Searching. Pacing. Expectant. That’s how much your heavenly father loves you. There’s nothing passive about God’s love for you.

While “he was still a long way off” (verse 20), the father spotted his son on the horizon. Filled with compassion, he picked up the edges of his robe and ran. He didn’t wait for his son to come to him, grovel at his feet, and beg for forgiveness. No, as soon as the father caught a glimpse of his son, he dashed toward his boy, smothered him with kisses, and welcomed him home.

Beth Moore once said, “Big brother won’t mind if you come back as long as you hang your head and wear your shame. But when God has the audacity to give you a little dignity back and you dare lift your radiant face to heaven in liberated praise, big brother may be appalled!… It’s pride that can’t celebrate with a prodigal-come-home. Folks who won’t celebrate are still kidding themselves into thinking they did something right to be loved by their Father.”

I say, let him be appalled. Nothing makes some people angrier than grace. Big brother is invited to the party too, and it’s his decision whether or not he wants to join in the celebration. I’m just glad he’s not the one in charge.

Jesus was telling this story to a group of Pharisees while others also listened in. The typical question asked when telling this story is, are you the prodigal son or the big brother. But here’s where I want you to hang your hat today. Jesus loved both. The prodigal and the big brother. The sinner and the Pharisee. You and me. He pans the horizon looking for all to come to Him. And when we do He says: Let the party begin!

Heavenly Father, thank You for never giving up on me. Whether I’m acting like the wayward prodigal or the judgmental big brother, I know that You love me and long for me to take my place in Your loving arms. Father, I’m home.
In Jesus’ Name, Amen.

What impresses you most about the father’s reaction to his sons?

What is God saying to you from this story today?

Who do you need to welcome home today?

Do the voices in your head say you’re not good enough, smart enough, pretty enough…or just not enough, period? In Sharon’s book, Enough: Silencing the Lies that Steal Your Confidence you’ll learn how to preload your heart with the truth to fight your deepest insecurities. Because of the finished work of Jesus Christ, and His Spirit in you…you are enough. And don’t let the devil tell you anything different!