A year after Israel’s departure from Egypt, the Lord spoke to Moses in the Tabernacle in the wilderness of Sinai. On the first day of the second month of that year he said, “From the whole community of Israel, record the names of all the warriors by their clans and families. List all the men twenty years old or older who are able to go to war. You and Aaron must register the troops, and you will be assisted by one family leader from each tribe.

One of my college summer jobs was at a retail clothing store. When the manager told the employees that 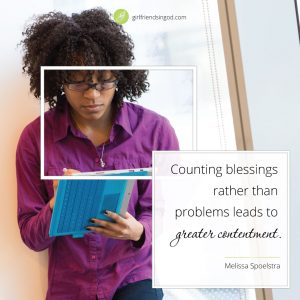 it was time to do inventory, my internal groan was loud. This is when we had to count everything in the store and record it. (The store sold baby clothes, so counting socks, onesies, and tiny clothes was tedious.) Taking stock of inventory was necessary in order to assess losses from theft and prepare for a new line of clothing to come in. It was menial and boring, yet it was a necessary preparation.

In the first chapter of the Book of Numbers, we find the Lord asking His people to take stock of their resources. This meant counting the people. I’ve always thought God doesn’t care as much about numbers as other things so it’s surprising to me to find an entire book with this title. We aren’t supposed to measure our Christian lives by numbers, right? The Pharisees (big rule followers) in the New Testament did that. They counted how many times they prayed and fasted, and they were really big on pointing out the number of other people’s faults. God wants us to live by His Spirit, which can’t be measured or tacked down.

Take a moment to think about all the numbers in your life: cell phone numbers, credit card or ID numbers, the time you have to be somewhere, the number of likes on the picture you posted, your bank account balance—and let’s not even talk about that number on the scale. Numbers make up a part of our identity, but they also can be sources of our discontent, especially when

they don’t add up the way we want them to.

While I still believe God cares about relationship more than anything else, I am learning that He uses numbers for His purposes. After all, He counted His people (Numbers 1:46), knows the number of hairs on your head (Matthew 10:30), records the number of your tears (Psalm 56:8), and asks us to forgive seventy times seven (Matthew 18:22). Numbers reveal things about our lives.

God didn’t ask His people to crunch the numbers regarding how much clothing, gold, shoes, or food they possessed. He was supplying manna for them daily and promised that through the wilderness journey their shoes would not wear out. Instead, He told them to count the people. The Lord was preparing Israel to go and take the land He had promised them. He wanted them

to know their military strength and have everyone organized.

and clans with well-organized leadership. Their efficient census methods and sheer numbers would bolster morale to realize they were no longer slaves but a mighty army. The census provided order, leadership, assessment of resources, and future planning. These numbers would be important to them as they prepared for the battles ahead.

Are there any challenges looming ahead in your life? Reflect for a moment to take a personal census. What resources has God made available to you to prepare for current and future

God had already prepared the people by teaching them His laws and regulations for worship, food, and community life. Now He wanted them to see that a huge part of the preparation process involved realizing the value of people. In the past, the Israelites had focused on their lack— they complained about their leaders, their thirst, and the strength of their enemies. God wanted them to see that they had one another. God would be their strength, but He had multiplied them into a mighty army.

Having the people of Israel take stock of their resources was one-way God prepared them to appreciate what they had rather than what they didn’t. We too can crunch the numbers and realize that God has placed people in our lives to help us fight our battles. Let’s take stock today and praise Him for the gift of people.

Who is someone God has given you as a resource in fighting your battles? Think of a person who encourages, helps, or sharpens you. Take a moment to thank God for that individual and perhaps send them a note telling them how much you appreciate them.

People can be an overlooked resource. Numbers make up a part of our identity, but they also can be sources of our discontent, especially when they don’t add up the way we want them to.

Check out Melissa’s 7 day contentment project for a new year with less complaining and more contentment on her website – http://melissaspoelstra.com/contentment-project/

2 Responses to “Crunching the Numbers”