‘Well done, good and faithful servant! You have been faithful with a few things; I will put you in charge of many things. 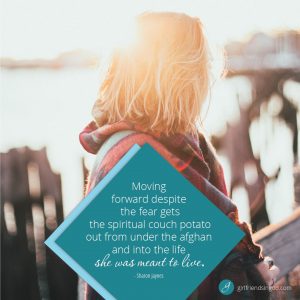 For it is just like a man about to go on a journey, who called his own slaves and entrusted his possessions to them. To one he gave five talents, to another, two, and to another, one, each according to his own ability; and he went on his journey. Immediately the one who had received the five talents went and traded with them, and gained five more talents. In the same manner the one who had received the two talents gained two more. But he who received the one talent went away, and dug a hole in the ground and hid his master’s money. (Matthew 25:14-18)

When the master returned home, he was well please with the two servants who had invested and doubled their talents, but he was furious with the one who hid his one talent in the ground.

‘You wicked, lazy slave, you knew that I reap where I did not sow and gather where I scattered no seed. Then you ought to have put my money in the bank, and on my arrival I would have received my money back with interest. Therefore take away the talent from him, and give it to the one who has the ten talents’ (Matt. 25:26).

This story gives me chills every time I read it. For you see, God has given each and every one of us gifts . . . gifts that He has purposed for us to use, invest, and multiply. And I’m not just talking about money, but gifts in our inner being. He has given you talents and abilities that He expects you to use to further the kingdom and minister to others.

Fear makes us lazy. Think about that a minute. A fearful person does little.

Moving forward despite the fear gets the spiritual couch potato out from under the afghan and into the life she was meant to live.

So here’s what I want us to think about today: Are we investing the gifts and talents that God has given us, or are we hiding them because of fear.

I don’t know about you, but I want to invest all I have and live bold. We’re going to pick back up on this in my next devotion, but for now, let’s ponder which servant we want to be.

Lord, thank You for entrusting me with gifts and talents. Sometimes I’m not sure what they are, but I pray that You will make them clear to me. Help me to be brave and share the talents that You have given me with others. I want to invest in other people and multiply the fruit in Your kingdom.

How did the servants’ choices determine their destinies?

Here is a quote from Take Hold of the Faith You Long For: You either show fear the door, or it will bolt the lock to keep you out of the places God has prepared for you to go and do all that He has planned for you to do. Fear has no choice but to leave the premises when you stand on the promises of God and say, “You are not welcome here.”

What area of your life do you need to “show fear the door?”

Today’s devotion was taken from my new book, Take Hold of the Faith You Long For: Let Go, Move Forward, Live Bold. Sign up for my blog at SharonJaynes.com and receive a download for a FREE Take Hold Coloring Book Journal. A mediocre, mundane faith is not what you were made for! In Take Hold of the Faith You Long For, I reveal the most common reasons we get stuck in our Christian faith, living less than what we had hoped. I show you how to break free of all that holds you back, move forward with all that God promises, and live the adventurous faith of bold believing. It’s time to TAKE HOLD of all that Jesus has already taken hold of for you and placed in you! Click on the book cover to download a sample chapter and view a quick video. And if you’re looking for a new study for your women’s group or individual study, Take Hold includes a Bible Study guide in the back.

One Response to “Choices Determine Destinies”