And the Children Shall Lead Them

When evening came, His (Jesus’) disciples went down to the lake, where they got into a boat and set off across the lake for Capernaum. By now it was dark, and Jesus had not yet joined them. A strong wind was blowing, and the waters grew rough. When they had rowed about three or four miles, they saw Jesus approaching the boat, walking on the water; and they were frightened. But He said to them, “It is I; don’t be afraid.”

My husband has struggled with a fib for almost 15 years. He has had three ablations and 46 cardio versions. I have the procedure down to the point that I think we could do the cardio version on our own. I 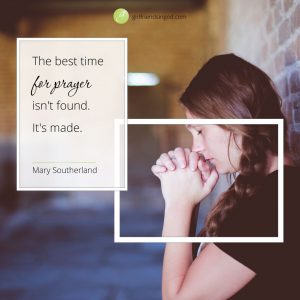 I also had the waiting routine down pat. Just before the cardio version begins, I kiss Dan and tell him to be good and go back into rhythm on the first try. I then find my usual spot in the waiting room. It only takes about 5-10 minutes in all. Then I wait for the smiling doctor to the door of the waiting room, tell me that Dan is fine and that I can take him home when the anesthesia has worn off.

Yep! It was a routine I had down pat! But today was different.

After 20 minutes had passed, I began to wonder if something had gone wrong. When I was getting up to find a nurse who could tell me what was going on, I saw the doctor walking toward me. He did not have the usual look on his face. His head was lowered, and he was shaking it, as if something was wrong.

The doctor looked up and said, “I’ve been practicing medicine for over 40 years and this is only the second time I have seen this happen.” He was not helping! “Please tell me! Is Dan okay? Were there any problems?” I pleaded. The doctor smiled and said, “Well, we gave Dan some fluids because he was a little dehydrated from the stomach bug he had over the weekend. Then we gave him the anesthesia. I literally had the paddles in my hand, ready to do the cardio version, when I checked the heart monitor and saw a miracle. And I don’t toss that word around casually. Dan’s heart was in sinus rhythm. So, we waited a few minutes to make sure his heart stayed in rhythm.”

Dan’s heart had never gone back into rhythm on its own.

It truly was a miracle!

On the way home from the hospital, Dan and I were talking about what God had just done when the phone rang. “Mom, I’m just calling to check on Dad. Is he okay?” our daughter asked. When I told her what had happened, she grew strangely silent.

“Mom, I just picked the boys up from school. When Justus got in the car, he immediately asked, “Mom, how is Papa?” When I told him that you got to the hospital and did not have to have a cardio version, Justus threw both arms into the air, pumping his fists in victory, and said, “That’s exactly what I prayed for last night, Mom. That Papa would get to the hospital and his heart would be okay!”

From the mouths of babes.

The prayer of a pure heart.

Justus has often led us to this place. A place where unspoiled faith changes lives and alters circumstances. I want to have that kind of faith and pray those kinds of prayers.

Remember when Jesus came to the disciples, walking on the water, between three and six o’clock in the morning, the darkest time of the night? When the winds picked up and the waves grew larger, I am sure that every disciple in that rocking boat was praying like crazy! Unfortunately, it often takes a crisis to drive us to our knees in prayer. I think I know why. Until we are utterly helpless, prayer seems like an option instead of our only hope.

Honestly, it had never occurred to me to pray the kind of prayer Justus prayed. I was so used to the normal routine. But answered prayer should be the norm in my life. Prayer should be as natural and constant as breathing.

Samuel Chadwick writes, “The one concern of the devil is to keep Christians from praying. He fears nothing from prayer-less studies, prayer-less work and prayer-less religion. He laughs at our toil, mocks at our wisdom, but he trembles when we pray.”

The best time for prayer isn’t found. It’s made.

I know this. I want to get to the place where our grandson is. Daring to pray a prayer that will absolutely move God to show up and show off! How about you?

Father God, my heart is often filled with chaos and confusion. I feel like I am drowning in my circumstances. I need the strength and peace that only You can give. Help my faith to grow stronger, to the place where I can pray – and Heaven moves. I rest in You, Lord!

What one step do you need to take in order to increase your prayer life and strengthen your faith? Take that step today!

If you really want to learn how to walk with God, check out Mary’s Book, 10-Day Trust Adventure. It will help you walk by faith and trust God in every area of your life. Check out Mary’s new blog! And be sure to connect with her on Facebook or through email.

One Response to “And the Children Shall Lead Them”

The rough wooden boardwalk is cool beneath my feet as I make my way to the sand. The sky is still the thick, deep blue of night, and gray shadows sway in the salty wind. I sleepily take my husband’s hand. I’m not a morning person, but we’re on vacation and I’m determined to see the sun climb like a rising warrior above the waves at least once.As we get closer to the shore, we can see more people who have decided to forsake pillows for flip-flops along with us. They sit on huge pieces of stranded driftwood, stroll along the edge of the water with cameras in hand, or sip from coffee cups with dazed looks on their faces. I notice one woman lifting her eyes to the still-night sky, and I am curious. What does she see?When I follow her example, I am greeted by diamonds thrown out on velvet. One star in particular winks brilliantly back at me. I find out later it’s actually the planet Venus, otherwise known as the morning star. Here is its mystery and beauty: Venus is known for rising in the darkest part of the night, just before dawn.Jesus said, “I am the . . . bright Morning Star” (Revelation 22:16). This means, among other things, He is not afraid of the deepest dark. He is not frightened by the secret places in our hearts. The ones that haven’t seen daylight for years. The kind with the locks on the doors. The sort we don’t say out loud or even fully admit to ourselves. He is not running scared from the tragedies in our lives. He is not backing away from the brokenness and the bitterness and the shattered dreams. He is not intimidated by the monsters under our beds or inside our minds. He is not avoiding the struggles or the addictions. He is not waving His hands in surrender to the enemies of our souls. He is not saying, “This is too much for Me.”He is not afraid to step right into the night. Not afraid to even dwell in the middle of it. Because He is light, and in Him there is no darkness at all. This means darkness can surround Him and He cannot be defeated or diminished by it. He came as a baby into a midnight world and announced His arrival with a shining star. He conquered death in a dark tomb and rolled the stone away, making a way into the brightness for all of us. In the thickest gloom, the Morning Star rose.Lamentations 3:22–23 says, “The steadfast love of the Lord never ceases; his mercies never come to an end; they are new every morning; great is your faithfulness.”As I watch the sun slip into the morning sky and fill it with gold and flame, I bear witness that these words are true. Venus, the morning star that foreshadowed all this light and blazing glory, seems to be more than just a planet; it suddenly also seems to be a promise. A daily reminder from the heart of our Creator that even the deepest night will lead to dawn. The dark cannot win; the light will never be overcome.buff.ly/2Eline4 ...

Dear God, You truly are the Light who comes into our darkest places. Today I need You to shine on this area of my life: ______. Thank You for Your faithfulness and for the promise that no night will last forever. In Jesus’ Name, Amen.buff.ly/2Eline4 ...

Want strength in your struggle? Turn your eyes from your situation to your Savior. #TrustingGod buff.ly/2w6eGV5 ...

“Just trust me.” Those are the words we hear in movies just before something bad is about to happen. And yet, we are told to trust God. In a culture where we’re taught to take control of our own lives, trusting God has become a religious platitude rather than a life-changing attitude. We say i...
View on Facebook
· Share

Dear God, You truly are the Light who comes into o

Father, it seems that a seed of discontent has tak

Dear Lord, thank You for accomplishing Your healin

El Shaddai, there is nothing too hard for You. You

Father, I want to know You and find Your plan for

Dear Lord, sometimes I do not feel that great abou

Dear Lord, I'm so thankful that Your mercy is grea

Jesus, I am a doer and I sometimes find that I am

Father, thank You for the hard times because they

Father, thank You for the job You have given me. P

Dear God, You made us to love You and to love othe

God Is Not Afraid of the Dark

How to Find Contentment

Evidence of God’s Faithfulness in Our Hardships

Whatever You Need, God Is